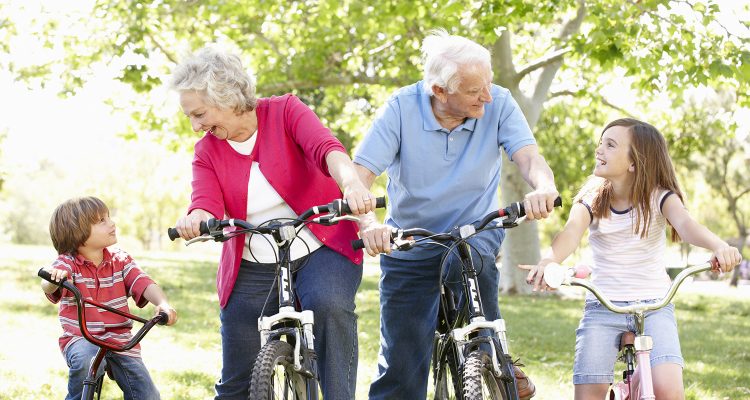 Cycling is gaining in popularity according to Cycling UK. Traffic counts suggest that the number of miles cycled in 2016 was around 3.5 billion. That’s a 23% increase from 10 years before. Despite that, we have a long way to go to reach the levels seen in 1949 of a whopping 14.7 billion miles! But, for some, cycling can seem a bit scary. We may be put off by the amount of traffic on the roads or their fumes… making it seem safer to just use the car.

Various studies have looked at the overall health benefits of cycling as we can’t ignore the risks from air pollution and accidents. Even despite these, the benefits from cycling far outweigh the negatives. And it’s an activity that can be undertaken at all ages. Active commuting to school increases fitness amongst children in some studies and a recent study showed elderly (70-80 year old) long-distance cyclists had immune systems of 20 year olds!

Cycling at any age demands the right kit. Children need to be fully protected and safe off the roads – plus well supervised when on the roads.

And for an elderly cyclist taking up cycling, a good bike and the right gear is essential – a helmet being key – as balance can be impaired in older age and falls will more easily lead to fractures in weaker bones. Choose a specific cycle path free of cars until you are fully confident and avoid cycling in poor weather – the risks are far greater if it’s wet, windy or if visibility is poor. 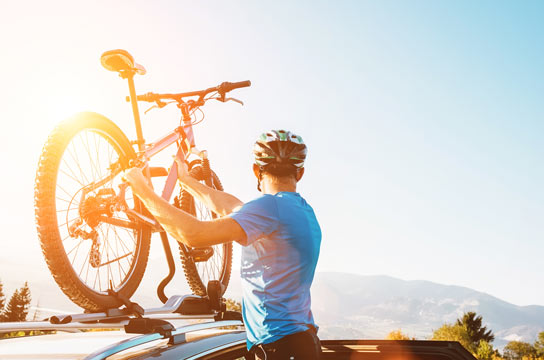 Consider an electric bike – it’s not cheating as they still require work and studies show they have benefits for health, whilst making longer distances and hills easier for those who are less fit and active.

And cycling can have all sorts of benefits beyond cardiovascular fitness. It’s also good for building muscle which we lose at around 8% per decade after the age of 40. Strong muscle helps us burn off more fat as well as protect our joints and improve our balance – important as we age. What’s more, exercise has been shown to decrease our risk of dementia – women with high physical fitness at middle age were nearly 90 percent less likely to develop dementia decades later according to a recent study. 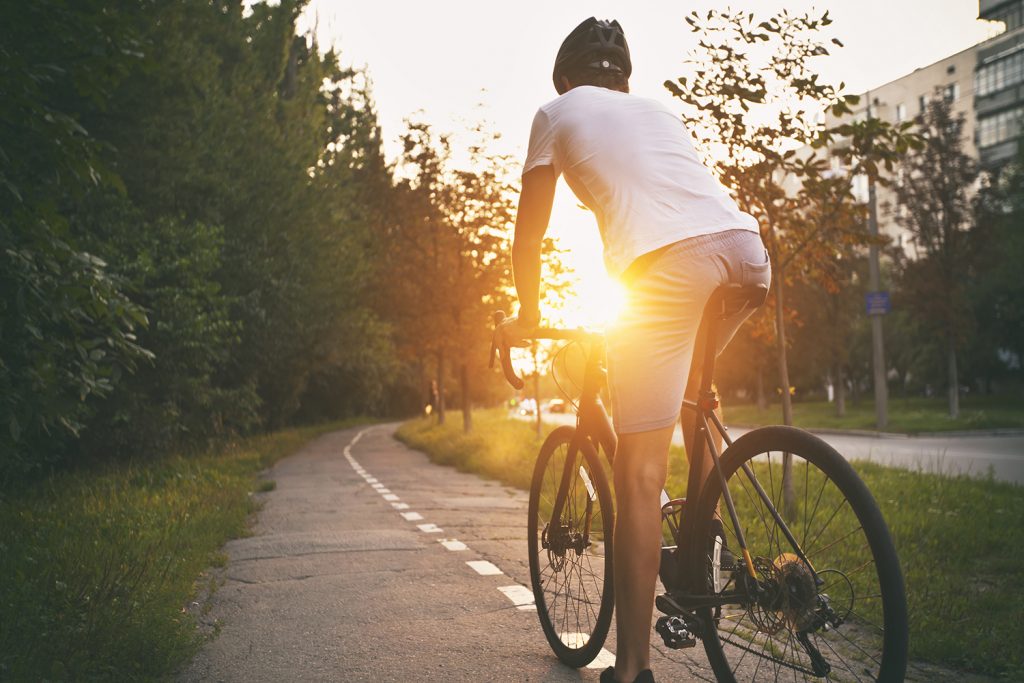 Getting out in the fresh air will clear the mind and expose us to more sunlight, boosting vitamin D which many of us lack over the winter months. Joining a club or cycling with friends keeps us socialising – which can add years to our lives too. Plus, we avoid the stress of sitting in traffic jams and we are doing our bit for the environment too. Win-win!

And the more of us who cycle, the more we will reduce the negative effects of cycling…. breathing in air pollution and the accidents due to other road traffic.