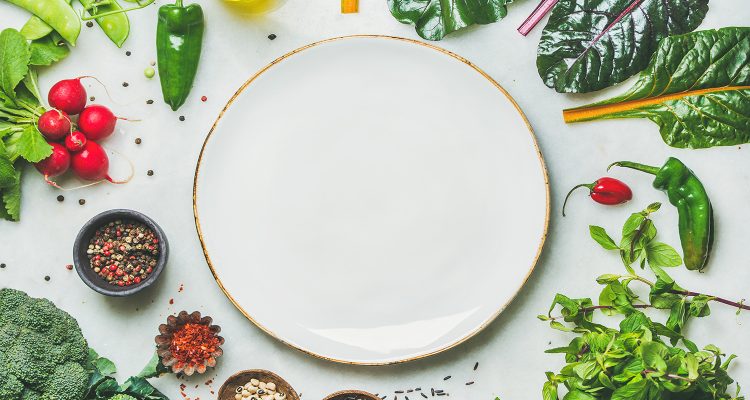 Be honest, which one of these is you? Do you pile your plate high – or eat modest helpings? Clear your plate clean afterwards – or leave just a little to show you’ve had your fill? Chances are it’s less to do with your actual hunger – and more about your habits.

The fact is that most of us today are eating a great deal more than our parents or grandparents ever did. Studies show that the average meal or snack serving is now a whopping 50% larger than 20 years ago. Not only that, but the rise of convenience and processed foods – with all that added sugar and fat – means the food we eat now often packs a much higher calorie punch, as well as encouraging overeating or snacking.

A recent study of American children found that they take in more calories, fat and salt on days they eat pizza (and 20% ate pizza on any given day!) That doesn’t necessarily mean that pizza is worse than a burger or a side of fries. It’s more to do with the way pizza lends itself to snacking and overindulging. 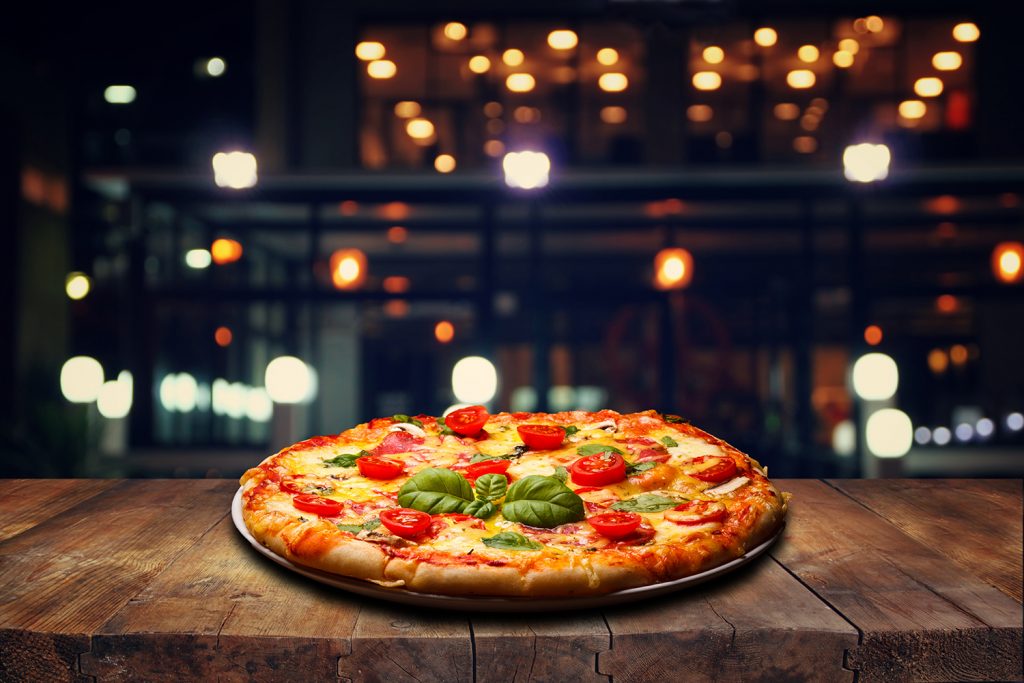 Of course, our modern tendency to pig out isn’t helped by the fact that we’re surrounded by temptation. Fast food on every corner, chips with everything, and cakes, cookies and chocolate prominently on display – whether we are in the coffee shop, supermarket, or queuing for the till at leading newsagents and pharmacies. And that’s on top of being bombarded with adverts and two-for-one promotions at every turn. What’s more, the ready availability of junk food means unhealthy choices are much easier and cheaper to make than healthy ones. Enough to stretch our willpower to breaking point!

A new study at Exeter University using computer modelling found there seems to be no evolutionary mechanism to help us resist the lure of sweet, fatty and unhealthy food or prevent us piling on the weight. That’s because in the past, being overweight did not pose as big a threat to survival compared to the dangers of being underweight. So our subconscious controls against becoming overweight are weak and easily overcome by the immediate rewards of tasty food – particularly in the winter when food in the natural world is scarce. Bad news for those New Year diets! The more we overeat, the more our bodies expect as our stomach stretches to accommodate these mega-portions of food. So if we don’t watch it, bigger and bigger portions become the norm.

But the good news is that by reducing your portion size, you can shrink the size of your stomach to some degree – and train yourself to expect and want less food. 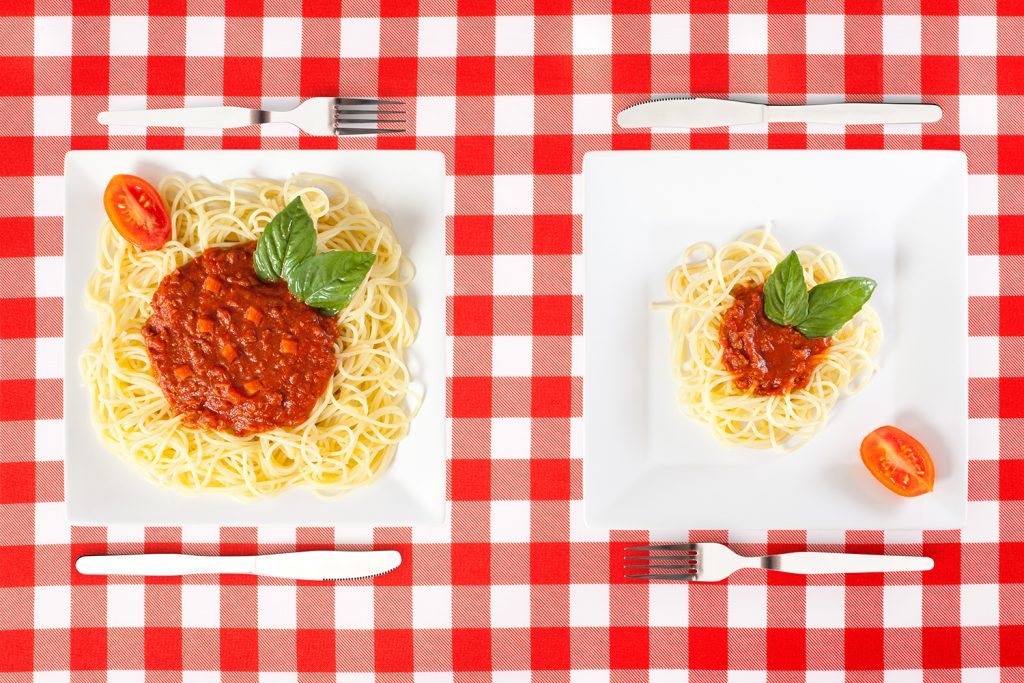 One way is to trick yourself into taking smaller portions, shown by a new study confirming the benefits of smaller plate size. Over 50 studies have tested the effect of smaller plates on consumption – but though some suggested benefits, there was still surprisingly little consensus. Researchers collated these studies, and concluded that halving plate size does indeed lead to a 30% reduction in the average amount of food consumed.

Of course this isn’t the whole answer – sadly, there’s no such thing as weight loss on a plate! But if you’re trying to shed the pounds (or to avoid putting them on) it could be reason enough to splash out on a new set of dinner plates. And if you combine this with other techniques to develop healthier food habits, you’ll be well on your way to managing your weight without resorting to fad diets that don’t work.

Higginson, Andrew D et al. Fatness and fitness: exposing the logic of evolutionary explanations for obesity. Proceedings of the Royal Society B. January 2016.