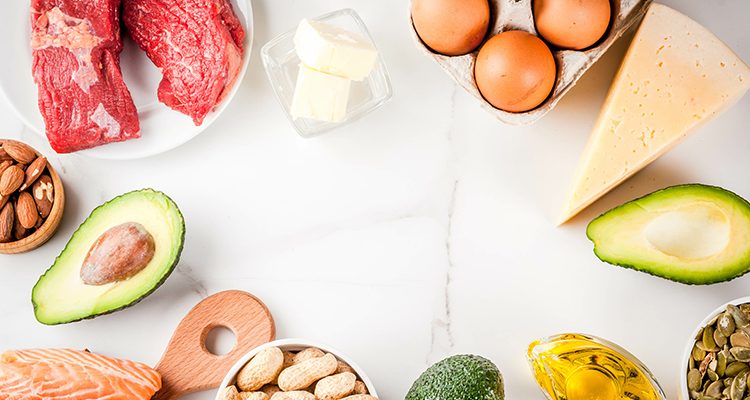 There’s been a lot of hype about ketogenic diets or low carb, high fat (LCHF). Maybe you’ve read about them but not been convinced? Perhaps you’ve tried the Atkins or Dukan diet (similar but different!) and aren’t sure what all the fuss is about?

Want the lowdown on the good points and why they can sometimes be no better than the other fads? Read on. 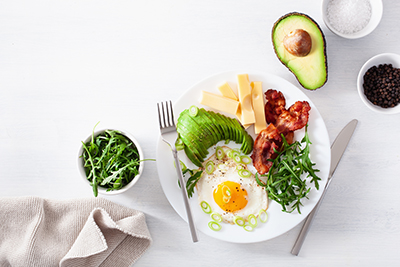 Ketogenic or similar low carb diets are based on a sound principle – reducing the insulin load. And with it, insulin resistance. What’s that all about?

One in three of us are reportedly pre-diabetic…have some degree of difficulty controlling our blood sugar. One in four of us have high blood pressure and don’t know it. Two out of three of us are overweight. Fatty liver disease and type 2 diabetes are on the increase. What ties all of those together? Insulin resistance. Insulin resistance is linked to an increased risk of all of these, plus heart disease and more. It is associated with belly fat or fat around our organs and is more common in those of us who are overweight or obese…though can still be found in normal weight people, so called TOFIs (thin outside, fat inside). Our high carb, heavily processed diets and constant snacking means our insulin levels are constantly up and down – and insulin promotes storage of excess energy as fat. The more we are exposed to insulin, the greater the chance of becoming resistant to it..meaning we produce more…and then more, potentially driving weight gain.

Ketogenic diets aim to slash our carb consumption. Instead, they focus on healthy fats and protein that produce a lower insulin response. This, in theory, reduces fat storage and helps us burn off our excess fat stores. Fats and protein keep you full, you don’t have to religiously calorie count and you automatically cut out the sugar and processed carbs that are lacking in nutrients. So far, so fantastic!

That’s all great in theory but there are all sorts of ways to abuse it. So many diets have a nugget of sound science but people tend to latch on to the bits that suit them without applying common-sense. Focusing on fats and protein has encouraged many people to believe that a diet of bacon is the way to go. But bacon and other processed meats have been deemed carcinogenic (cancer-causing) due to an increased risk of bowel cancer. And whilst we are on the subject, high fibre diets are another way to protect against bowel cancer and many other diseases. We already eat far less than the 30g a day recommendations…and many keto diet plans I see include very little fibre (or vitamins and minerals) as most fibre is found in high carb foods like veg, wholegrains and pulses. No wonder constipation features so highly on keto forums!

Others soon fall out of love with the keto diet when the weight doesn’t shift as they expect after the initial water loss that occurs. Could it be that they are getting carried away with their fat intake? It should be a highER-fat diet meaning you eat a greater proportion of your energy requirements as fat rather than carbs…not a HIGH fat diet. It’s not a free license to eat as much fat as you can, in the mistaken belief that you won’t put on an ounce!

Aside from justifying poor food choices by focusing purely on the high-fat low carb mantra with no thought to other considerations, there are some who take things to extremes, believing if low carbs are good, then fussing over every gramme is essential. Wrong. As with anything to do with our body, push it too hard and it tends to fight back. Either by finding a way around your extreme behaviour, or by getting sick. I believe our bodies work best when they are allowed to be a bit flexible.

And, it’s not always easy. Hanging out with friends, bringing up a family and life in general can be a constant hassle if you are obsessively trying to micro-manage a LCHF diet. Eating well should help you regain and enjoy your life – not rule it!

So, what’s the bottom line?

I believe that cutting back on our excessive carb intake is a good strategy, and certainly ditching sugary, processed varieties. Slashing carbs to ketogenic levels can be useful for some health conditions – it can quickly reverse diabetes for example and it has even been used to help children with epilepsy.  It may also be a useful tool to help weight loss if done with good understanding, in a healthy way, ensuring you still get your fibre and other nutrients. 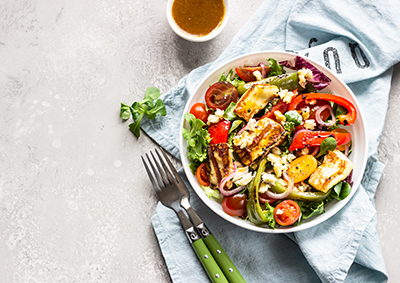 Obsessive carb avoidance isn’t needed for all of us all of the time, though – flexibility is important.

And remember, there is a lot more to managing your health and weight than the food you choose, or don’t choose, to eat!