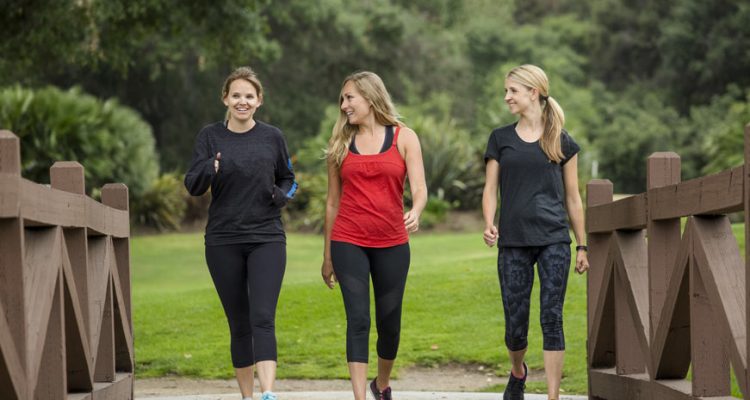 There’s no escaping the fact that adding exercise to your lifestyle is one of the biggest steps you can take in improving your health. And for many people, this involves taking on a new activity – running is seen as an effective way to really challenge your fitness quickly and burn calories, but some people worry about the health hazards that running can bring with it (many associate knee or joint problems with running), and then there’s walking, which many see as a safer, but less physically challenging option. But what’s the truth? When it comes to walking vs. running, is walking really the safer option? And which is better for your fitness levels? Let’s find out. 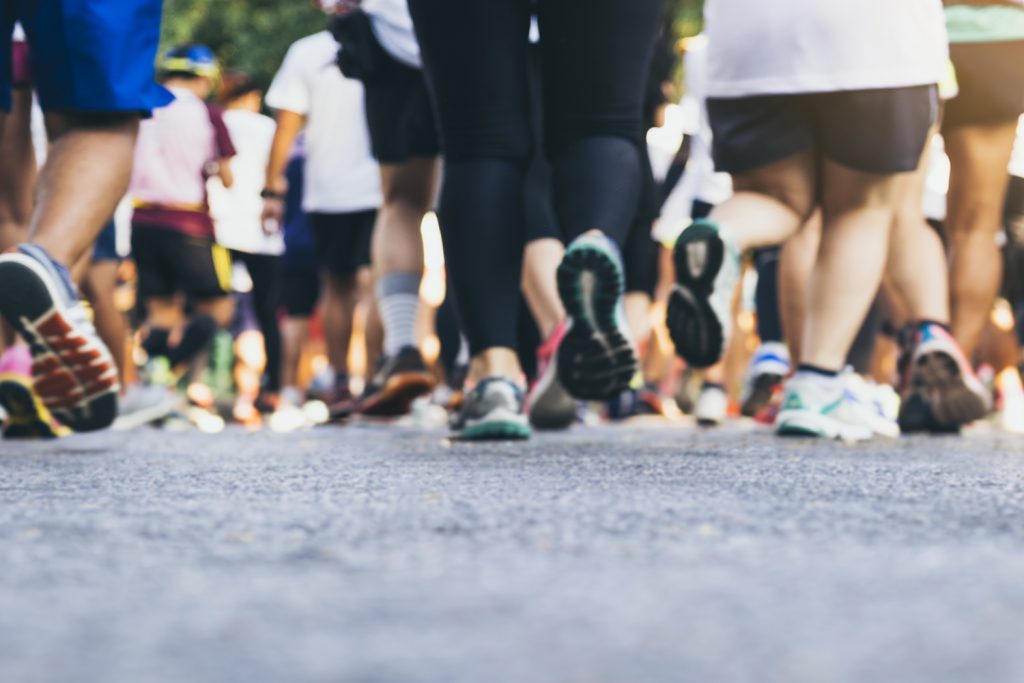 The benefits of walking

Walking can be a really simple way of improving your fitness levels, suitable for people of any age or weight, and can provide some really great benefits. In fact, a study from the University of East Anglia has found that group walking could actually cut your risk of life-threatening conditions. The research found that people who joined walking groups saw significant falls in average blood pressure, resting heart rate, body fat, weight, and cholesterol. Pretty impressive. The study also found that people who walk in groups tended to have a more positive attitude toward exercise in general, with walking acting as a catalyst for adopting other healthy behaviours. On top of this, another benefit of group walking is that it gives you the chance to socialise – have you ever tried having a conversation whilst running? Breathless isn’t the word

But which burns the most calories?

When it comes to burning the most calories in the shortest time, running wins. But there are ways to up the calorie-burning power of walking.  Nordic Walking is a low-impact form of walking that uses 90% of the body’s muscles and burns 40% more calories than walking. Nordic Walking is particularly good for people with joint problems, or those starting off their new exercise regime with a low level of fitness. It can also be continued long after your body (or your lycra) is telling you that you are too old to run!

Is running less safe for us?

Safety-wise, it’s fair to say that running can, in some circumstances, cause damage to your knees, as it is higher impact. ‘Runner’s knee’ is a fairly common ailment, and is essentially due to movement between your knee-cap and thigh bone. However ‘Runner’s Knee’ is more likely to happen if you’ve not done much exercise in the past, or try to build your levels too quickly, so starting small and building slowly runs less risk of pain. Make sure too, that you’re wearing a decent pair of running shoes, and not just dragging out any old trainers you have lying around. A good pair of running trainers needn’t be expensive, but as we’re all bit different, you may need additional cushioning to counteract a high arch, or flat-footedness.

Running has also been accused of promoting the onset of osteoarthritis of the knee – a condition characterised by the breakdown of cartilage, joint lining, ligaments, and bone. However, a recent study has found that, far from raising our risk of developing osteoarthritis of the knee, running could actually help protect against the condition. The study looked at participants over 2 years and found that those who ran regularly (3-4 times per week) reduced their chances of experiencing frequent knee pain or osteoarthritis, when compared with those who did not run regularly. Some of that may be explained by the fact that the runners tended to be less overweight and being heavy puts a lot of pressure on your poor knees. Did you know that every extra pound you carry puts an extra 4 pounds of force through your knees? When you run, that force is even greater – perhaps up to 8 x your body weight – i.e double that of walking. However, our knees have their own, in-built shock-absorbers and these can cope with large forces over many miles of running, according to research. Many specialists believe, therefore, that arthritis is more down to genetics and body-weight than what sort of exercise you do.

So, what’s the verdict?

When it comes to walking vs. running, there are benefits to both. Neither activity is destined to cause you any damage, especially if you are careful. More important than worrying about the relative risks of different sorts of exercise is to do exercise that you enjoy as you’ll be more likely to continue with it long-term. So our advice? Focus on whichever you most enjoy doing – and if you enjoy both, then do both!

If you’re worried about the safety aspect of running, but think you’d like to give it a go, then head on out, take it gently, and see how you feel. You never know, you might actually find you enjoy it!

Habitual Running Any Time in Life Is Not Detrimental and May be Protective of Symptomatic Knee Osteoarthritis: Data from the Osteoarthritis Initiative. Grace Lo, Jeffrey Driban, Andrea Kriska et al. American College of Rheumatology. 2014