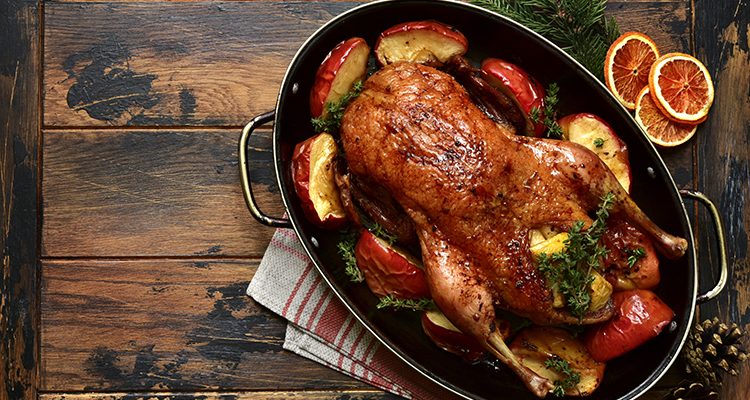 Did you know we consume as much as three times our recommended daily calorie intake on Christmas day? But it’s not all doom and gloom…

Although the traditional Christmas dinner gets a bad rep, it’s actually a pretty healthy meal if we strip it back. We just need to be careful of how much we have. 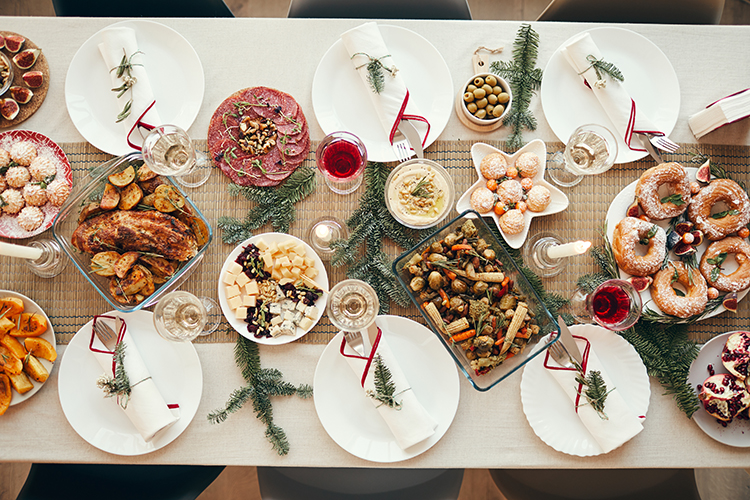 Your mum was right, don’t ditch the sprouts. They contain more than your daily requirement of vitamin K and plenty of B vitamins such as folate which is important for energy production – you’ll be thankful for that during the mid-afternoon Christmas slump! Steam them to retain as many nutrients as possible.

A great source of lean protein (particularly the white meat, so go for the breast and steer clear of the fatty skin). Turkey also contains an amino acid called tryptophan, important for serotonin production (the ‘happy’ hormone).

Potatoes themselves are a good source of potassium and starchy carbohydrate. However, they are best boiled in their skins. Be careful with the portion size of your roasties, just 2-3 will do. The downside of roast potatoes is that we often remove the skins (and that’s where all the fibre is). Plus, lots of calories are added when they’re cooked in fat.

Parsnips are another great source of fibre, potassium and also vitamin C. The cooking methods are where things can go awry…be mindful about adding honey or parmesan which add calories to an already hearty meal. 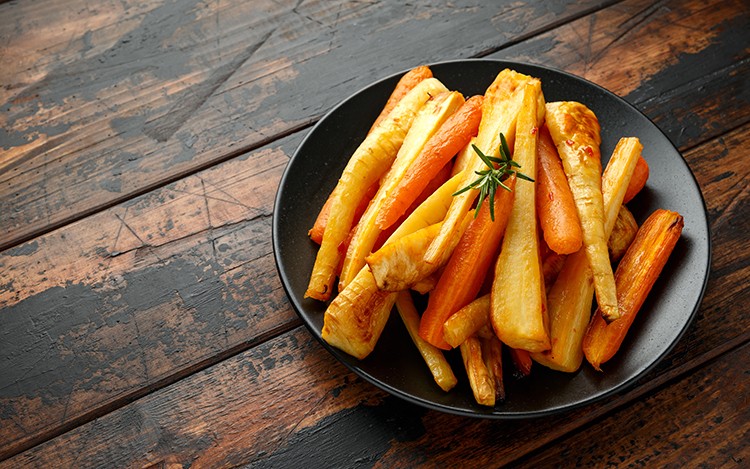 Red wine is rich in anthocyanin, an anti-inflammatory antioxidant. But don’t think this can give you free reign – alcohol is ’empty calories’ and more than a glass or two will add to an already food-heavy day.

Cranberries also contain anthocyanin (giving them their bright red colour) and plenty of vitamin C. Sadly though, not much can be gained from the cranberry sauce so just have a little as it has a high sugar content. 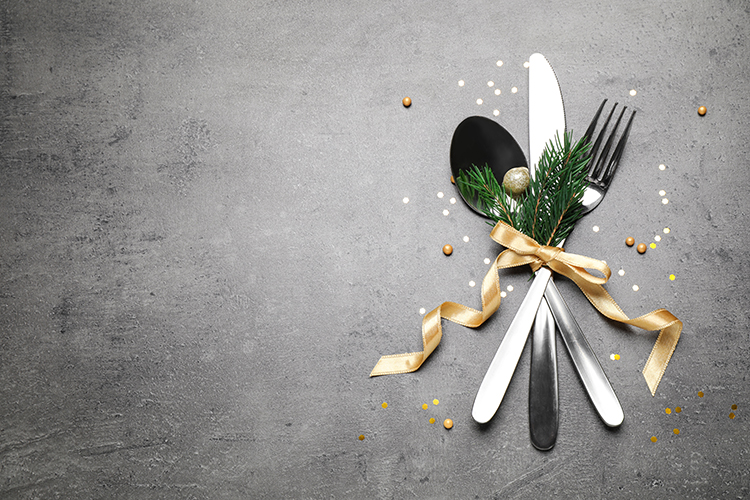 Portion control: Everything looks so tasty that you want to have it all. Do, but only have a little of each. Don’t pile your plate upwards. Try to think about the size of your stomach and be kind to it – don’t stretch it too much!

Go light with the sauces: Sauces not only add flavour, but also salt, sugar and calories. So, just add a touch of gravy, bread sauce, cranberry sauce or redcurrant jelly.

Eat slowly: The more slowly you eat, the easier it will be to tell when you’re full so that you avoid that horrible ‘I can’t move’ feeling.

Drink slowly: The slower you drink your wine, the less likely someone is to top it up and the less you’ll drink. And alternate with water to keep you well hydrated and fuller with fewer calories.

Go for a walk between lunch and pudding: Allow some time for your meal to digest. The walk will also help to stabilise your blood sugar levels and should help to wake you up a little. Plus, the later you have pudding, the less likely you are to snack later on.

Hopefully these tips will help to reduce the guilt associated with Christmas day. Make sure you enjoy and don’t restrict yourself too much – it only happens once a year after all!